Most of the time when a person has been accused of a crime, they are able to post a bond to meet the bail amount that the judge has set for their release. While a few people have the resources to do this on their own, most people secure the services of a bail bonds company in order to get this done. Unfortunately, there are times that a bail bondsman cannot help you, and this is usually because the judge refused to set a bail amount. Understanding how and why bail is set may help you to understand some of the reasons this happens.

When you come in front of a judge or magistrate for the purpose of them setting your bail, they can do several things. They can:

What they cannot do is charge you substantially more than they would charge someone else accused of the same crime. The Eighth Amendment of the U.S. Constitution prohibits the court from setting excessive amounts of bail. This means that the judge must set an amount that is relevant to the factors surrounding the crime you were accused of committing.

Three Reasons You May Not Be Granted Bail

You pose a flight risk - When a judge grants you bail and allows you out of jail while you await trial, they are taking an educated gamble that you will show up for your scheduled court days. They hope that the financial investment that you have involved will be enough to encourage you to do so. In some cases, the judge may feel that, if you are accused of a serious crime and if you have significant financial resources, the money you have involved may not be enough to deter you from leaving. If you have significant resources to not only get out of jail, but to also get out of town, the judge may feel that you pose a risk of flight, or may be at risk of not showing up in court when you are scheduled to.

You haven't finished paying for your last crime - If you are a repeat offender who is currently on probation or parole, you may not be able to get bail for the crime you are accused of this time. Although terms and conditions of probation and parole may vary, there are certain standard conditions that are normally imposed no matter where or when you were placed on probation. Some of these standard conditions include:

Violation of these terms and conditions can cause your probation or parole to be revoked, which may mean that you will be required to serve additional time. Even though you are innocent until proven guilty, even being accused of another crime may be grounds for the judge to hold you in jail until the case is heard. In addition to the crime that you are accused of, you may also be charged with the violation of your probation.

Although this Act can seem to be pretty clear, states also have their own bail laws that may impose additional restrictions. These laws can actually provide a judge with quite a bit of leniency as to whether or not to set bail. If you feel that you should have the right to bail and you are being denied, you need to discuss this with your attorney. If you are being unduly retained, they may be able to set the wheels in motion to get your bail granted.

If you have been granted bail, check out websites for bail bonds companies for more information on how to pay your bail. 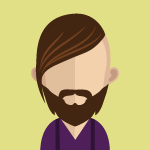 As I see it, one problem with most budgeting programs is that they don't account for the "real life" factor. Anyone can tell you not to spend anything and to save everything, but when it comes to feeding your kids or dealing with a medical emergency, most budgets get thrown out the window. I realized that this was a problem, so I decided to start focusing on budgeting for real life. I decided to forget everything that I knew about budgeting and started working with a clean slate. This blog is all about budgeting for real life and knowing how to spend your money the smart way.